At the end of December, we were delighted to welcome Clair and Sean back to Layer Marney Tower.  Ten years ago they had a fantastic Medieval themed wedding here and they decided to celebrate their anniversary by re-creating the day.

When I asked Clair about the reason behind the original theme for her wedding, she told me “we just wanted to have a wedding that was a bit different – we had been to so many traditional weddings and thought they were actually a little predictable…”  It is fair to say that there was nothing remotely ordinary about either their wedding day or the “re-enactment” of the day, for their fun celebration party.

During the day, the Tudor Long Gallery was decorated with hessian tablecloths and natural, rustic decor including two magnificent thrones that had been hand made by Sean.  Our Christmas tree was re-decorated simply with fairy lights and pine cones, with foliage and lights intertwined through the staircase bannisters.

It is very clear from all of the photos that the guests were happy to embrace the theme, arriving in various fancy dress depicting peasants, gentry and jesters.

At the original wedding, caterers Bouquet Garni provided a full banquet buffet with chicken, a whole pig etc but for the anniversary party, Clair and Sean decided to simplify the menu further with rustic bowl food served to guests.  This was far more informal and allowed guests to be eating while still having plenty of space for the medieval dancing to continue.

Everyone was treated to entertainment by the fantastic Black Knight Historical, with apple bobbing, music, dance tuition, story telling, silly games and fire eating displays.  Molly from Black Knight then organised a hand fasting ceremony for Clair and Sean, a ritual which dates from ancient Celtic tradition and symbolizes the binding of two people and their commitment to each other.  This is the origin of the phrase “tying the knot”.

Perhaps their only nod to a traditional wedding or party was to hire the fabulous Essence Duo who provided a much more modern end to the night with live music for guests to dance the evening away. 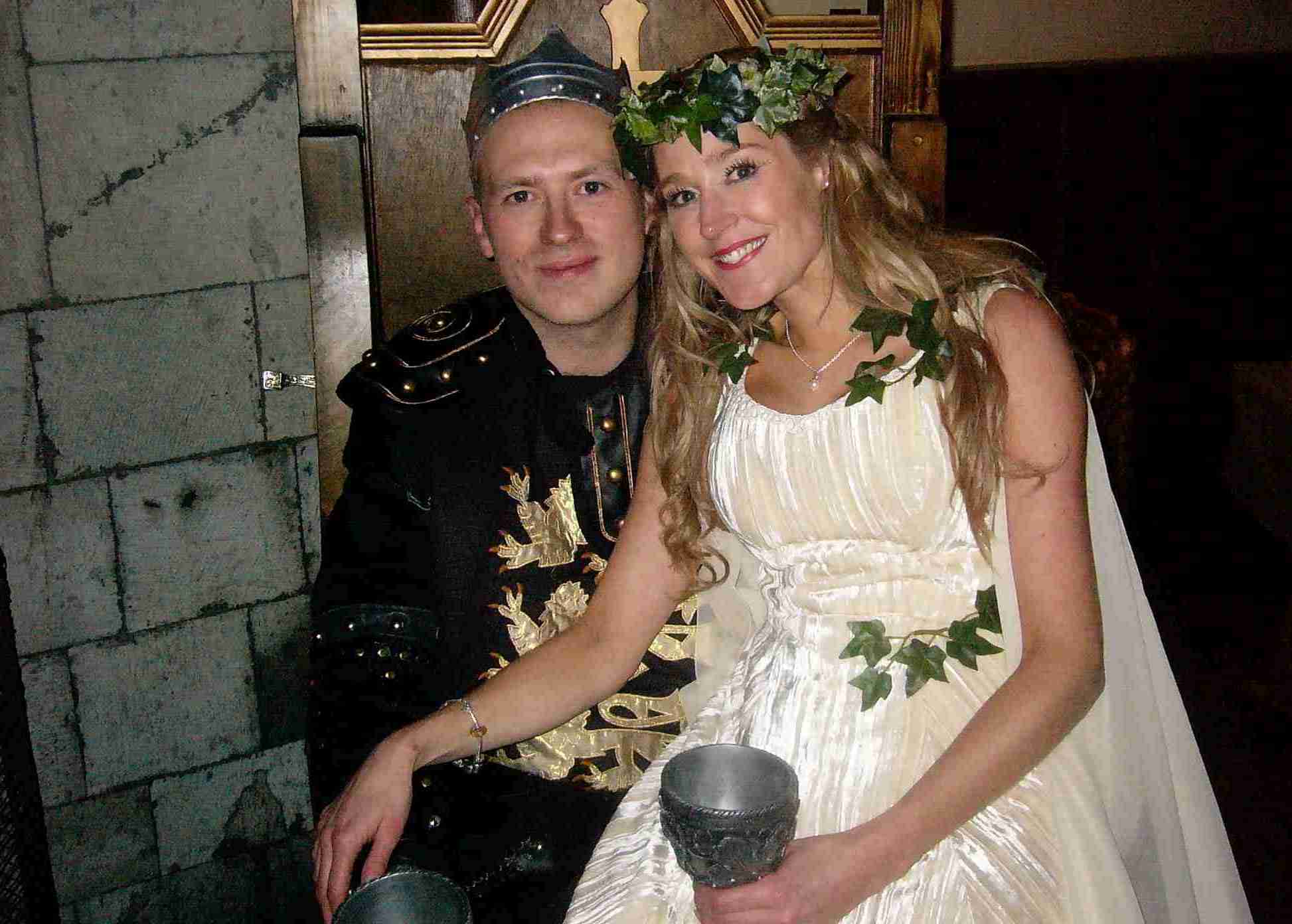 Clair and Sean on their wedding day 29th December 2009 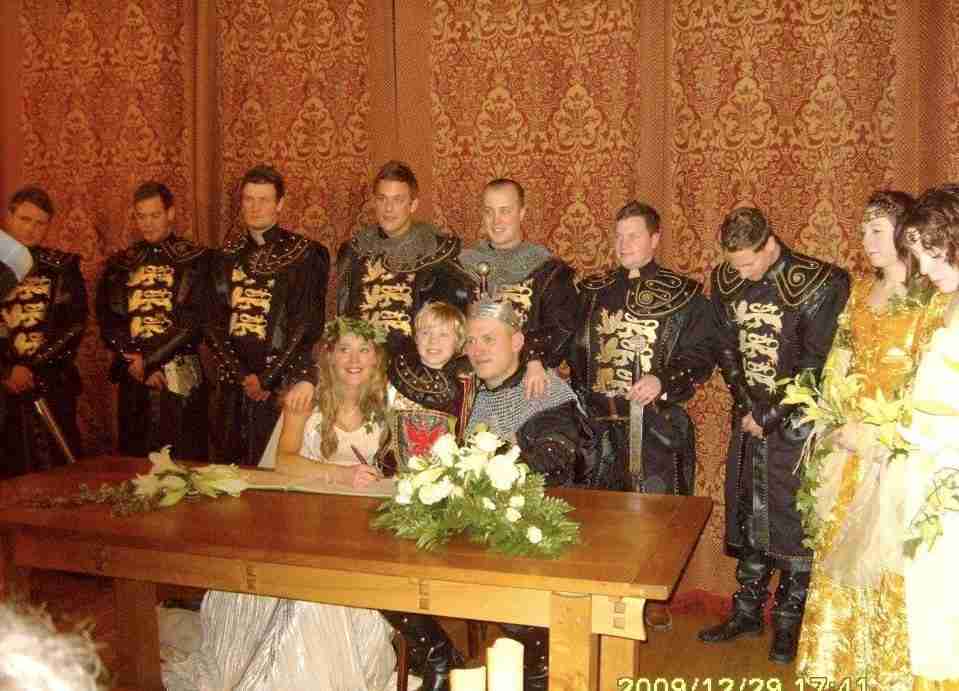 Clair and Sean on their wedding day in 2009, in the Corsellis Room 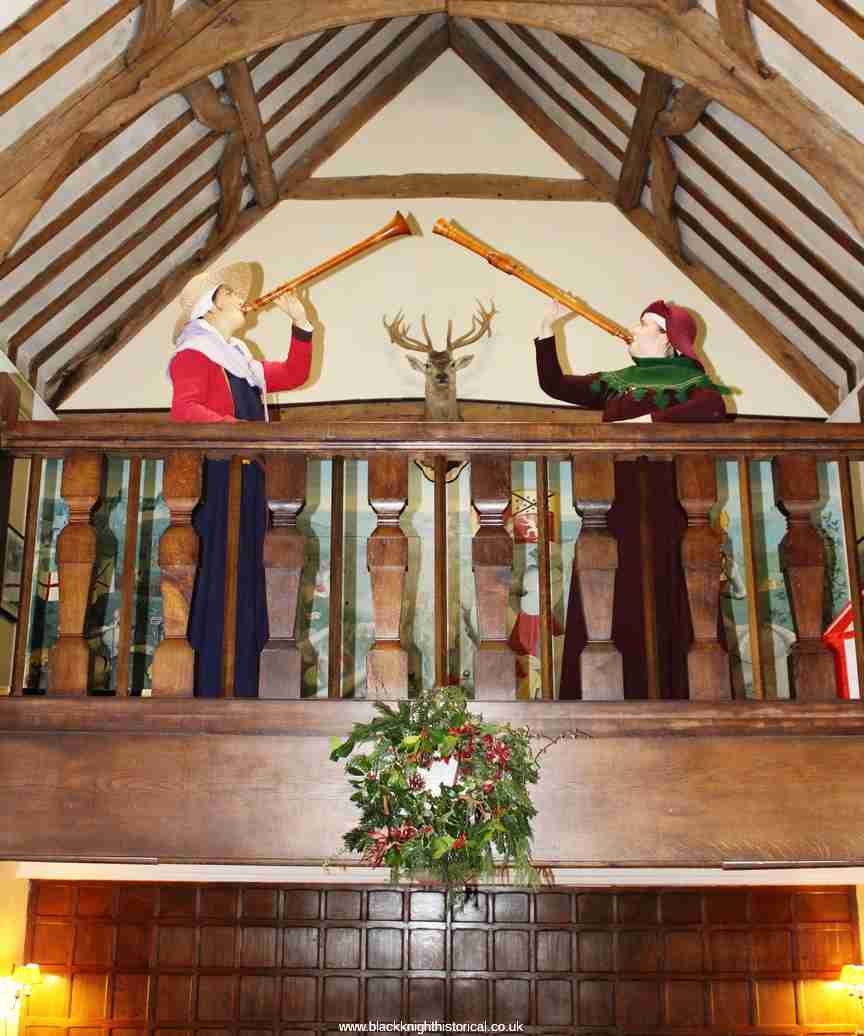 Minstrels performing on the Minstrel's Gallery 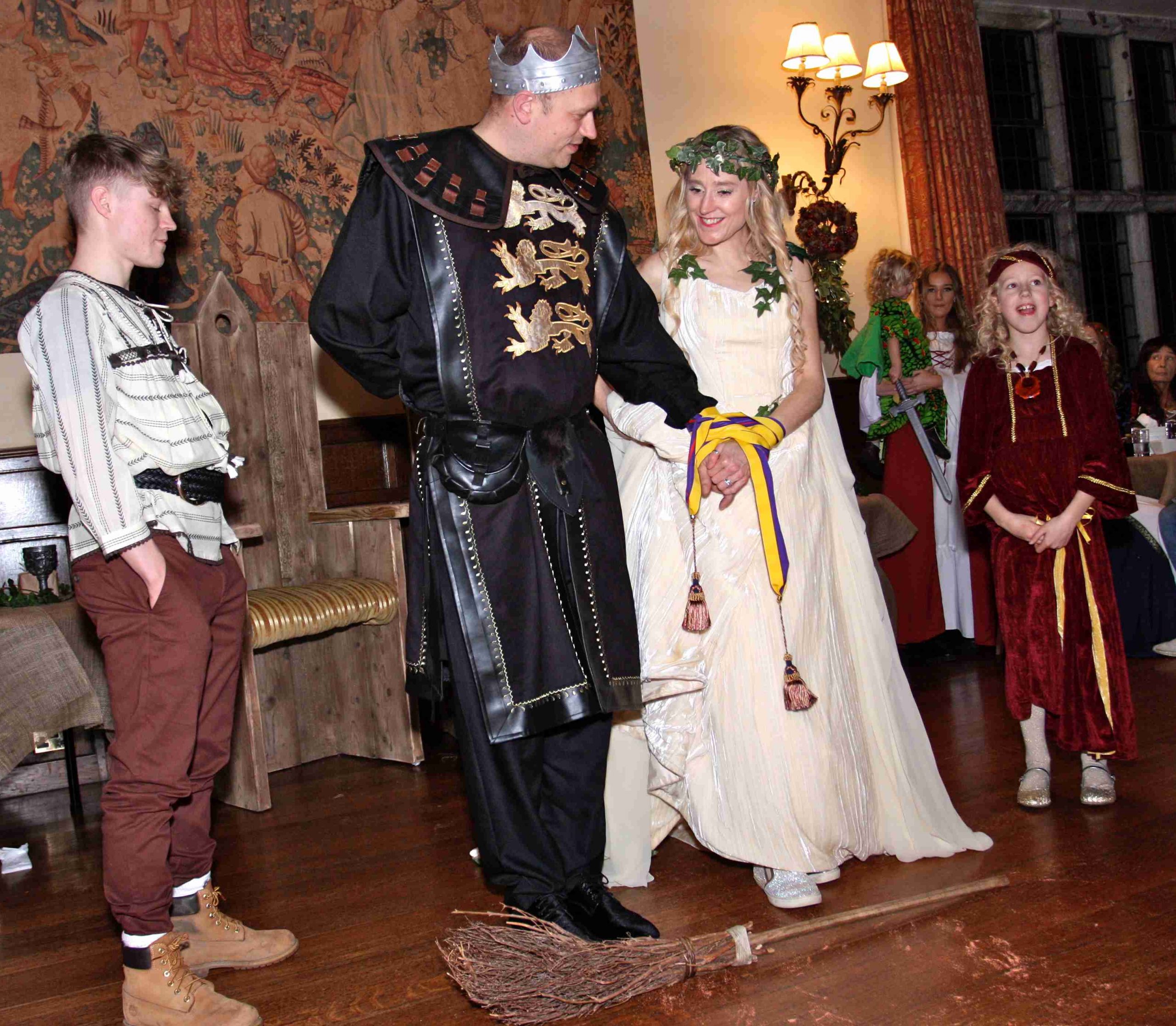 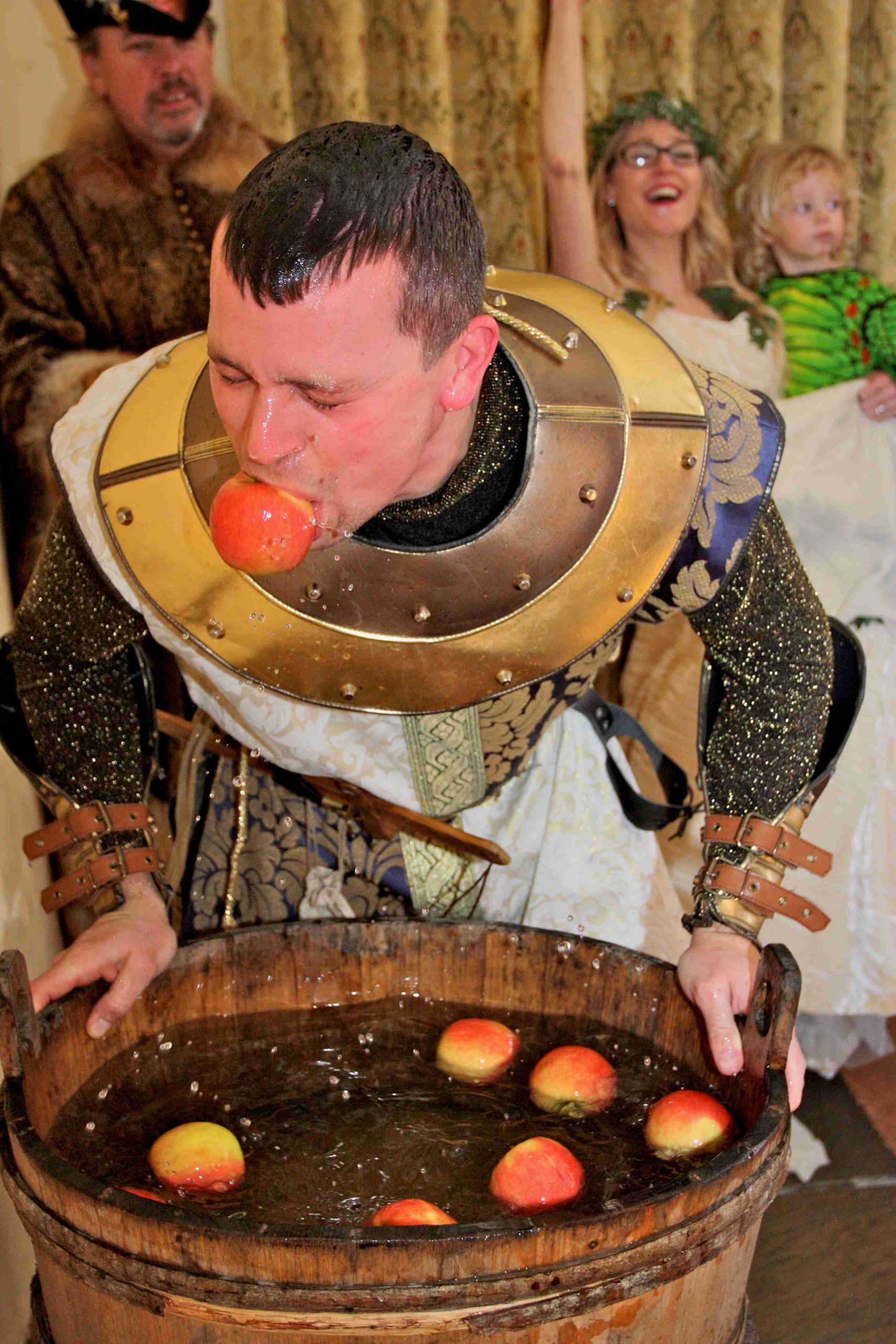 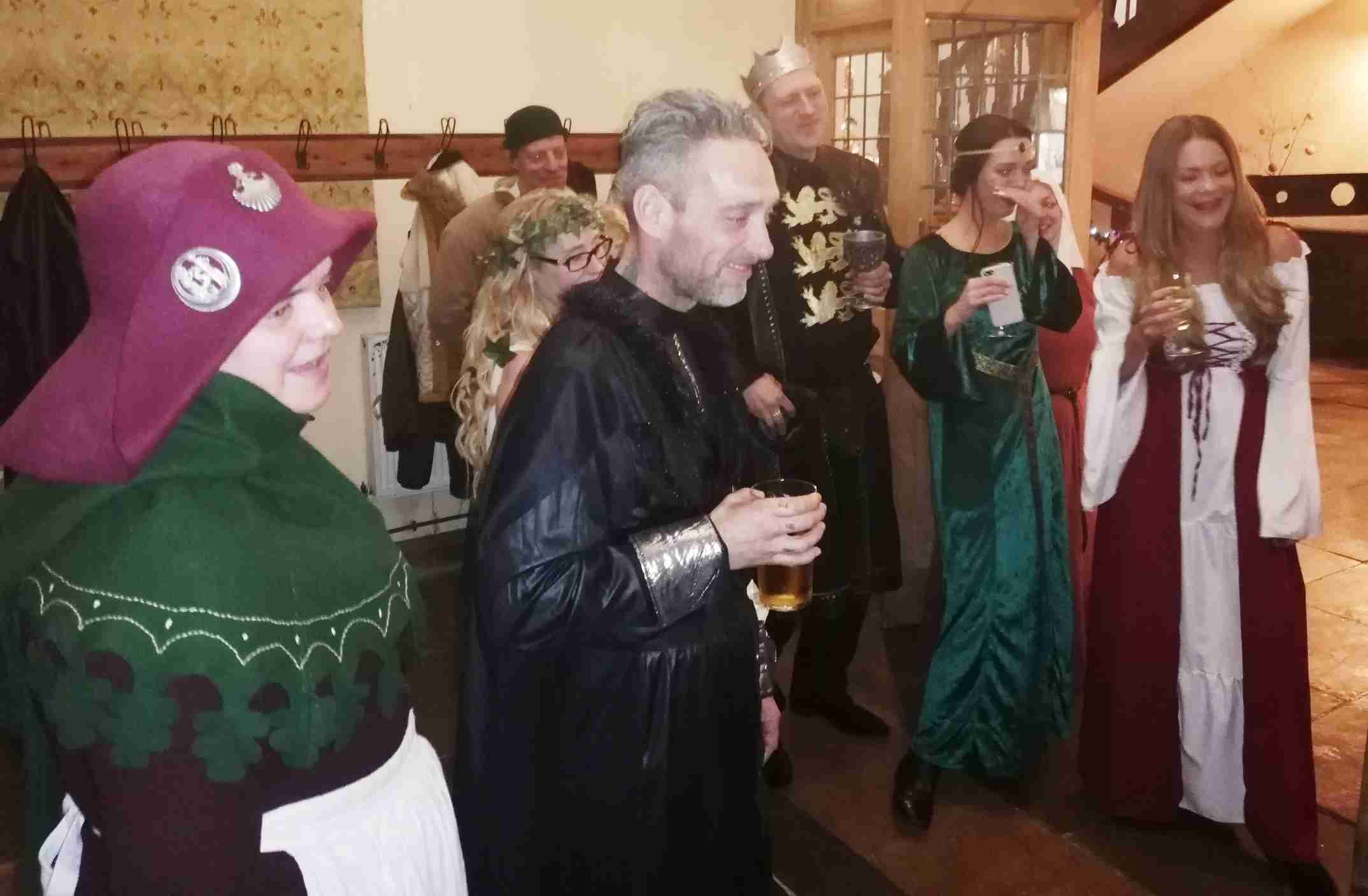 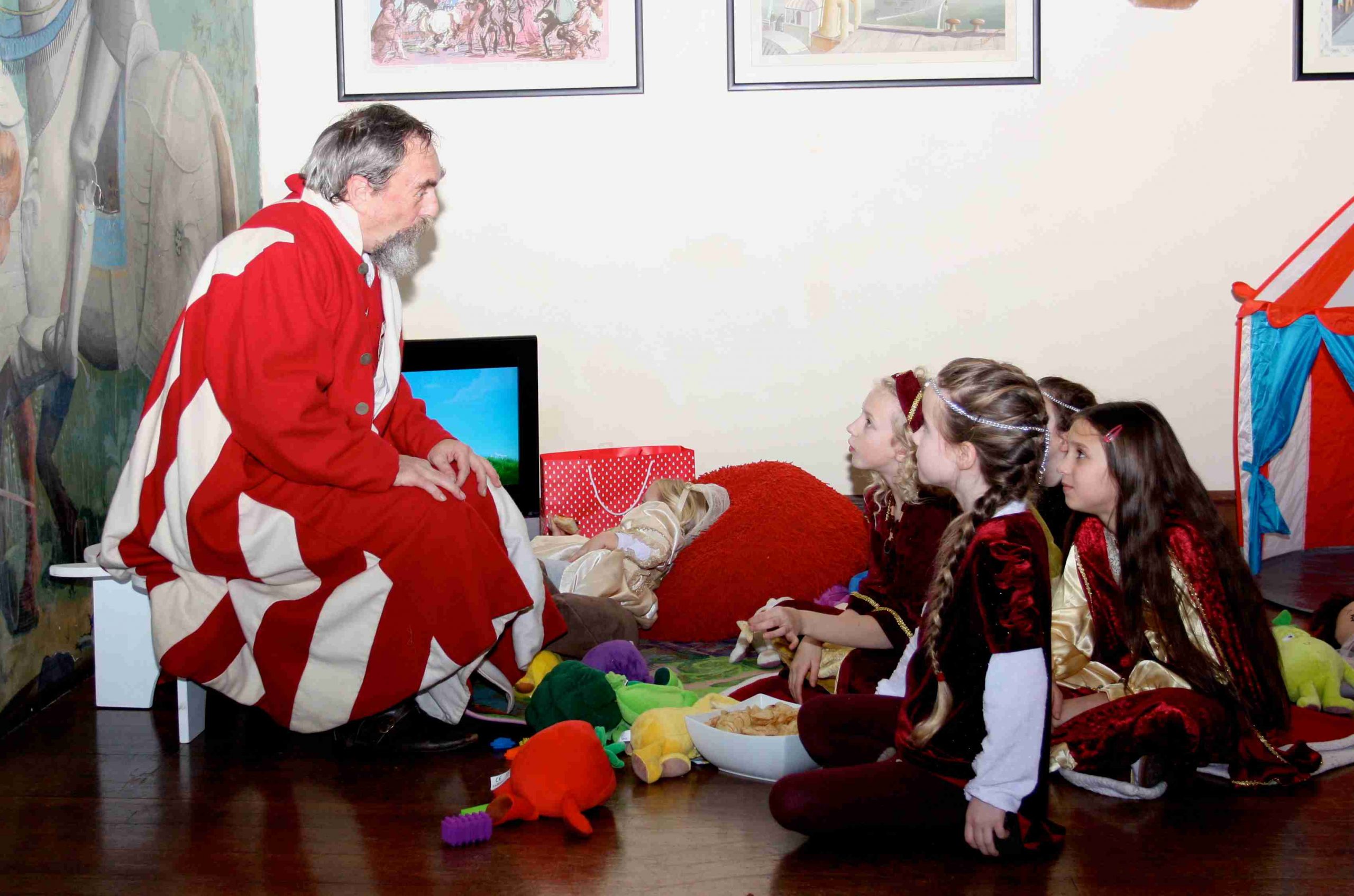 Story telling to the younger guests 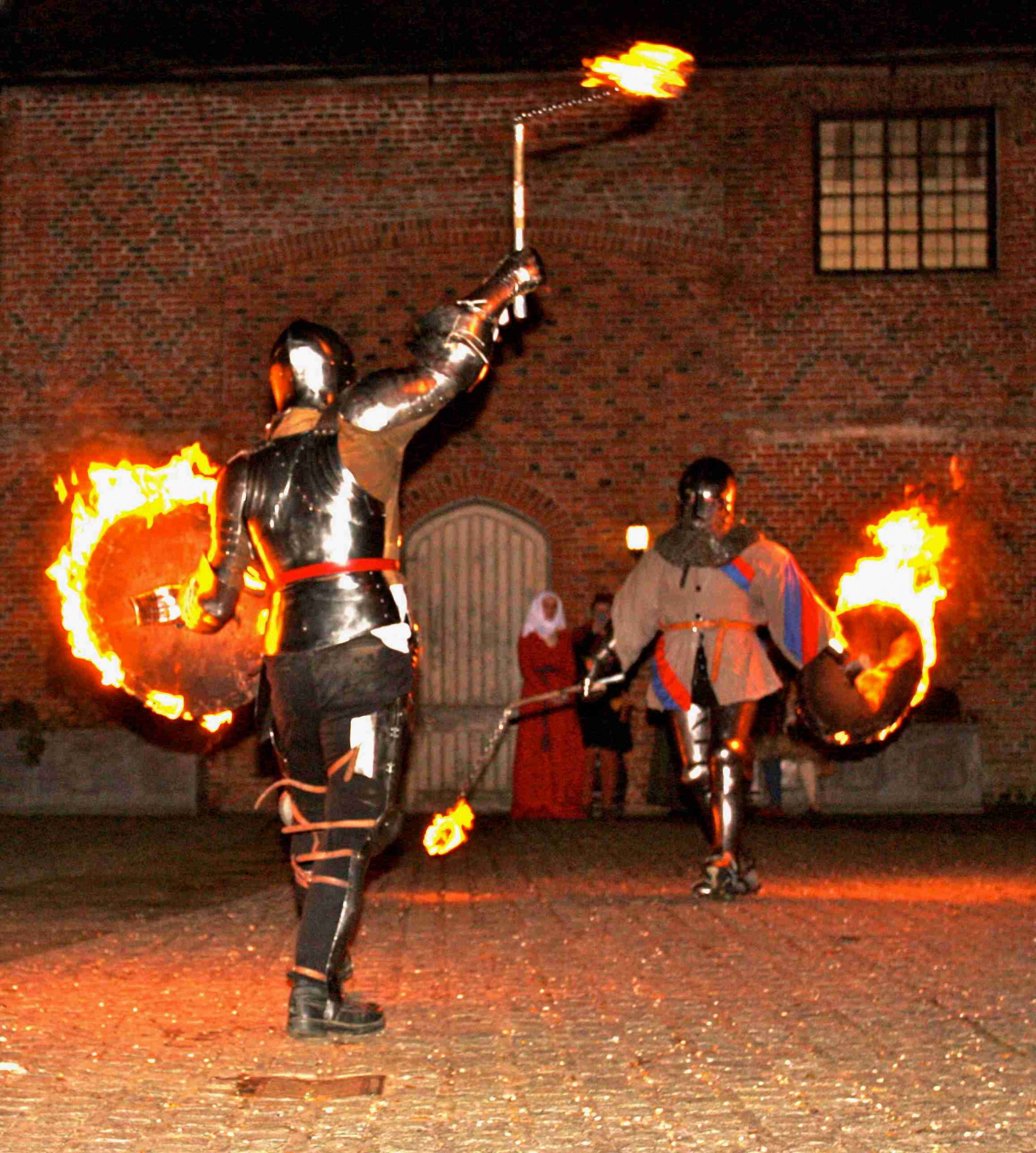 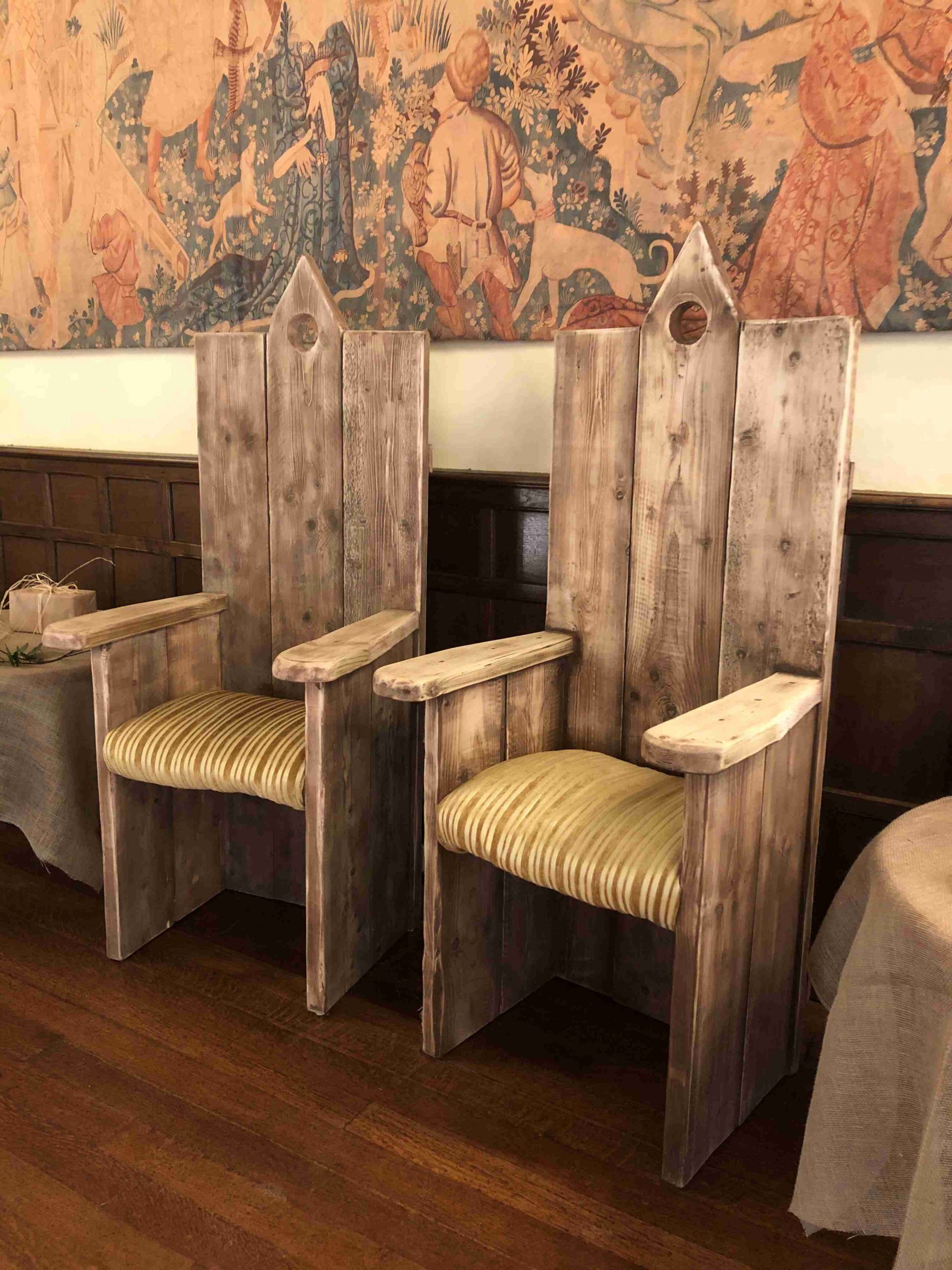 Rustic thrones for the bride and groom 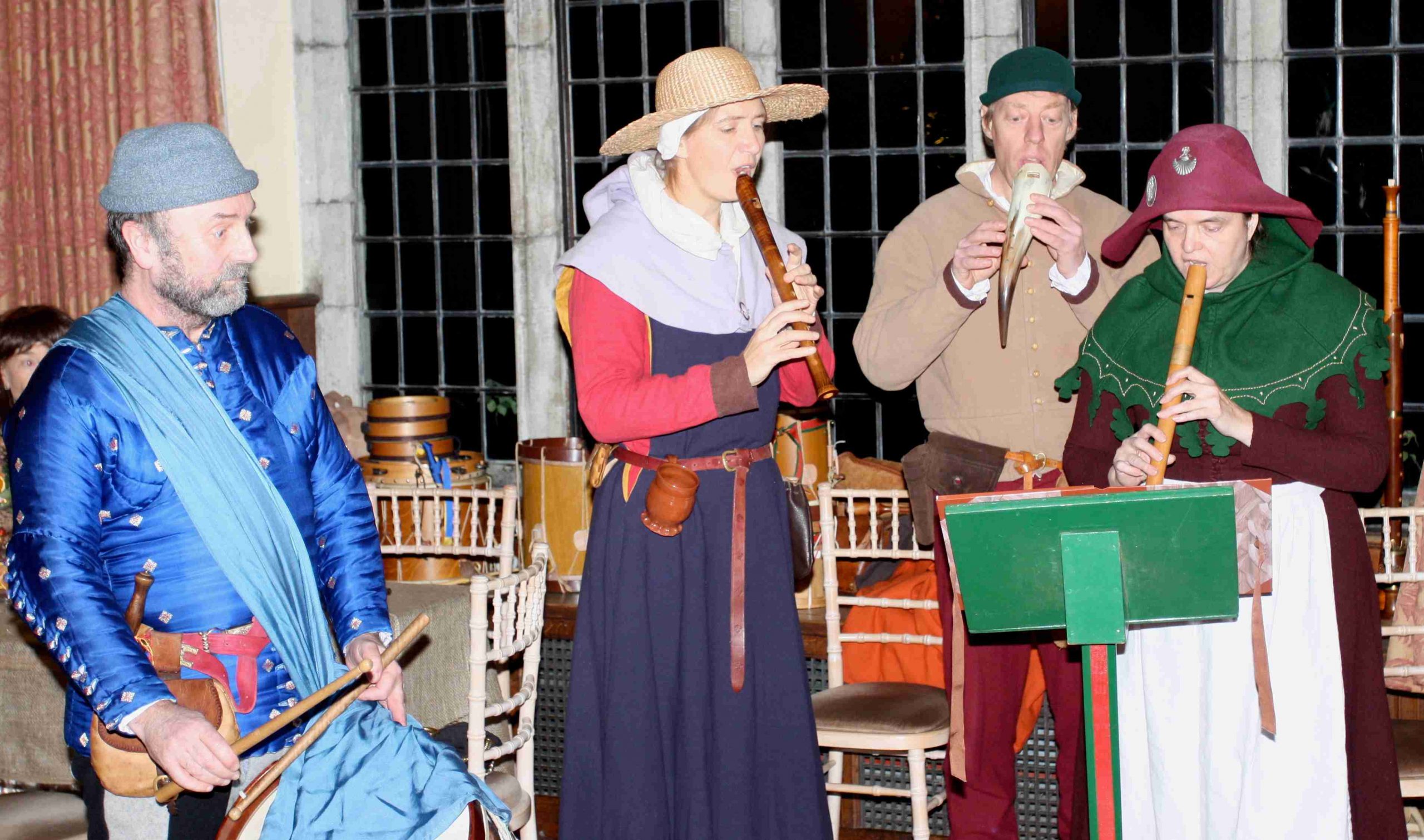 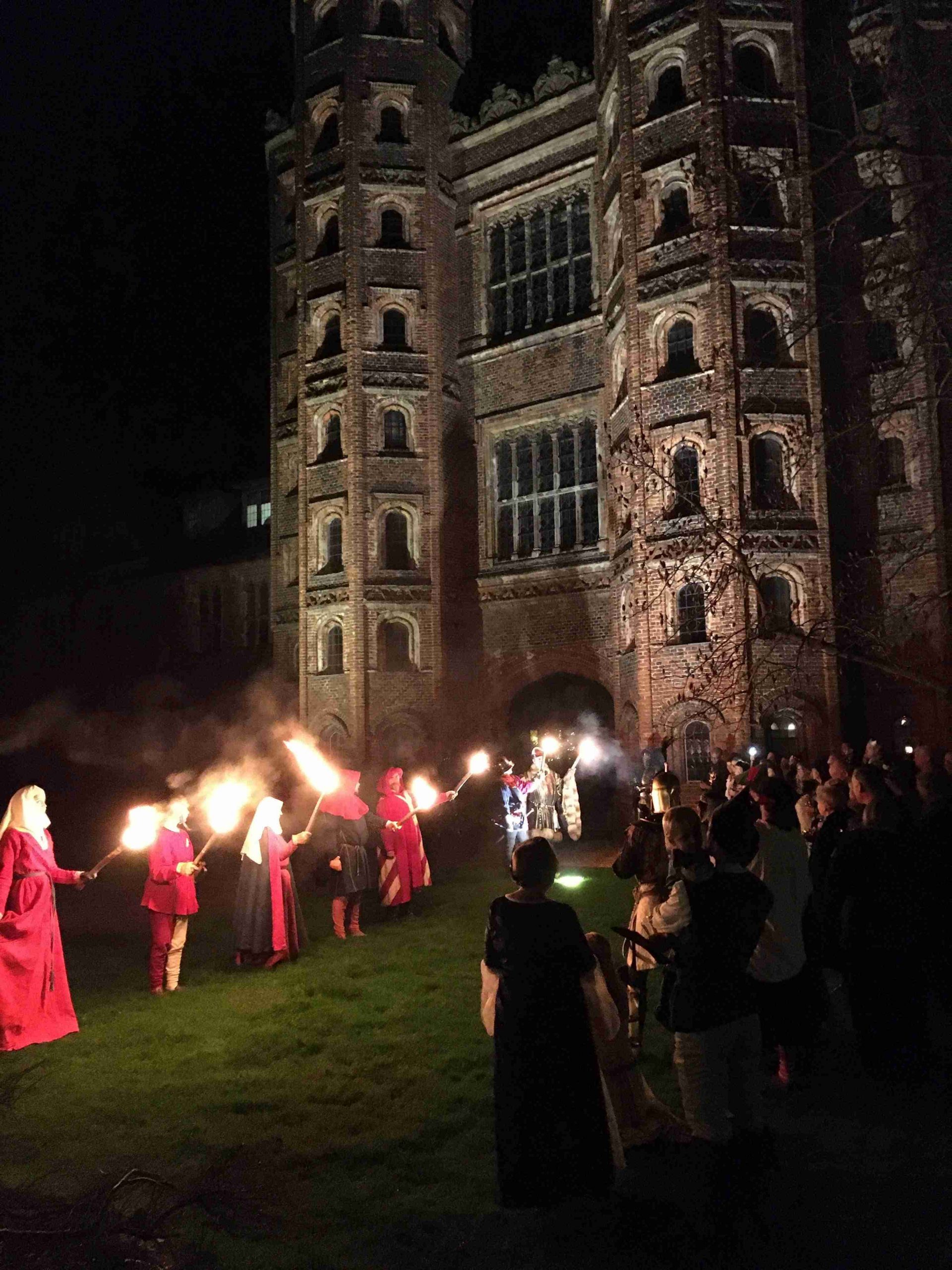 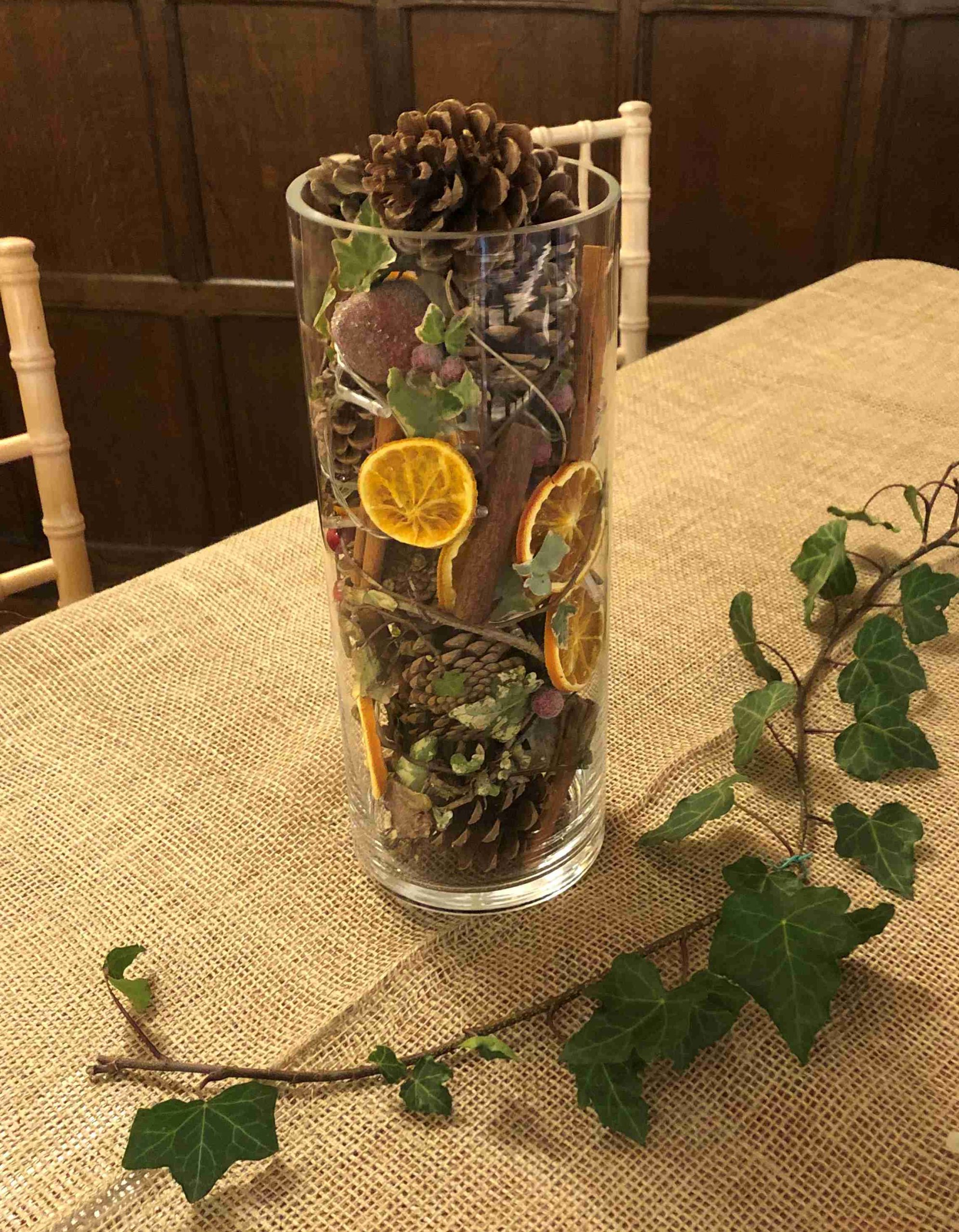 Previous Next
REQUEST A BROCHURE ARRANGE A VIEWING
Loading...
Manage Cookie Consent
To provide the best experiences, we use technologies like cookies to store and/or access device information. Consenting to these technologies will allow us to process data such as browsing behaviour or unique IDs on this site. Not consenting or withdrawing consent, may adversely affect certain features and functions.
Manage options Manage services Manage vendors Read more about these purposes
View preferences
{title} {title} {title}